The Incredible Hulk Versus Quasimodo (1983)

The Incredible Hulks Meets the Hunchback of Notre Dame! 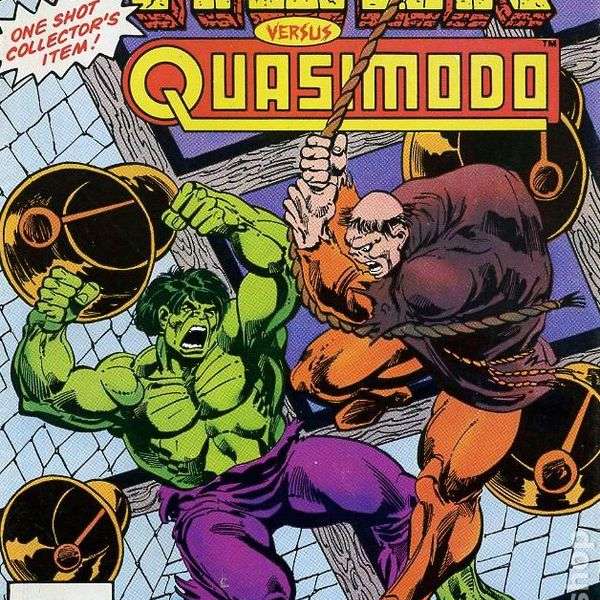 This time on the Couch: Mike, James, and Shée learn the true meaning of Christmas when they read the Incredible Hulk Versus Quasimodo! In 1983 somebody realized these two guys had a lot in common, namely that they're both freaks who can't seem to stop complaining about their not-so-terrible lives, and decided that was reason enough to throw them together. Bruce Banner heads to France to find a miracle cure for Hulkington's Disease but runs afoul of the Hunchback of Notre Dame and his giant bat friend. Quasimodo steals the cure and turns back into a man and the Hulk decides to just let that slide considering he just gruesomely murdered Quasi's pet bat. Things end with both guys deciding to maybe stop being such whiny little bitches about everything, although this story isn't part of official Marvel continuity, so don't expect that lesson to stick. It's a Non-Canonical Christmas Miracle!